THIS WEEK IN HOT GEN Z TRENDS: WHAT, LIKE IT’S HARD?  

Wondering about all of the images in this issue? These are Shuffles — collages created on Pinterest’s newest standalone app. On Shuffles, users can select objects in an image and paste them together to create collages, as well as animate these objects: for example, making a record player spin. Those on the app can also collaborate with friends to create designs together. Brands can utilize Shuffle to display a product’s various angles, curate an item’s aesthetic, and show its practical uses. If you want to learn how to add a little *spice* to your social media strategy using Shuffles and other networks, email shaina@juvconsulting!

We’re ready for our Elle Woods moment! The 2022 midterms mark Gen Z’s entrance into the bureaucratic world. As the Senate and House have average ages of 64 and 58, respectively, youth campaigns have the ability to disrupt this generational gap in politics. Maxwell Frost, expected to be the first Gen Z federal official, is a Florida progressive who previously worked with March for our Lives and the ACLU. Karoline Leavitt, an Assistant Press Secretary under former President Trump, will face a Republican primary in September. As Gen Z confronts an unclear future and unwelcoming political environment, it’s more important than ever to hear youth voices in elected positions and advocacy roles.

Gen Z for Change, a coalition of 70+ popular TikTokers focused on driving political progress, has released a letter to Amazon in light of critiques by employees and labor unions. These creators have pledged to remove any Amazon monetization on their platforms until the company meets demands ranging from a $30/hour minimum wage to the halt of union-busting tactics. This action reflects Gen Z’s resistance to exploitation in the workplace. Younger workers want a work-life balance that values mental health, paid time off, and strong social values, according to Firstup. If you didn’t know by now, TikTok is for much more serious topics than expected.

Want an opportunity for shameless self-promo? This trending TikTok sound is captioned with “Products I regret buying and why” (with products substituted by clothes, skincare, slimes, etc.). Users sarcastically list items they love, with reasons like “makes me look like a dewy skin goddess,” “gets too many compliments from literally EVERYONE,” and “too convenient for laundry.” This audio is a great method to advertise products, with brands showcasing their cult classics. Vanilla Bella Boutique showed their brand’s “worst” clothing choices to an audience of 582,500 likes. This trend will only last so long, so capitalize on it while it’s still relevant!

Andrew Tate, former kickboxer and current media mogul, has been banned from all of the social media giants after facing criticism. Tate came to popularity after launching Hustlers University, an “online money-focused community” with professors in different business models like cryptocurrency and stocks (HU has been labeled a pyramid scheme by many). His digital fame came from posting misogynistic, racist, and pedophilic content, covered further by Matt Bernstein in this post. Instagrammers and Tweeters have compiled ironic content claiming Tate has been kicked off of universities, Grindr, the Clock app, and more. So … see you on Tumblr?

Can I say chaotic neutral? “Never Have I Ever,” currently in its third season, is captivating viewers with its raw and unfiltered display of adolescence. The Netflix show centers around Devi, a nerdy high schooler looking to lose her virginity. From a character confusing the book “1984” with Taylor Swift’s “1989” album to another having a party with her therapist to celebrate getting a boyfriend, the show is a classic among Gen Z. The diverse cast, true rom-com energy, and authentic high school storyline have made it a hit, with a Rotten Tomatoes score of 94%. This show highlights how we want flawed and relatable characters over perfect but bland ones. The underlying message: Gen Z wants problems, always. 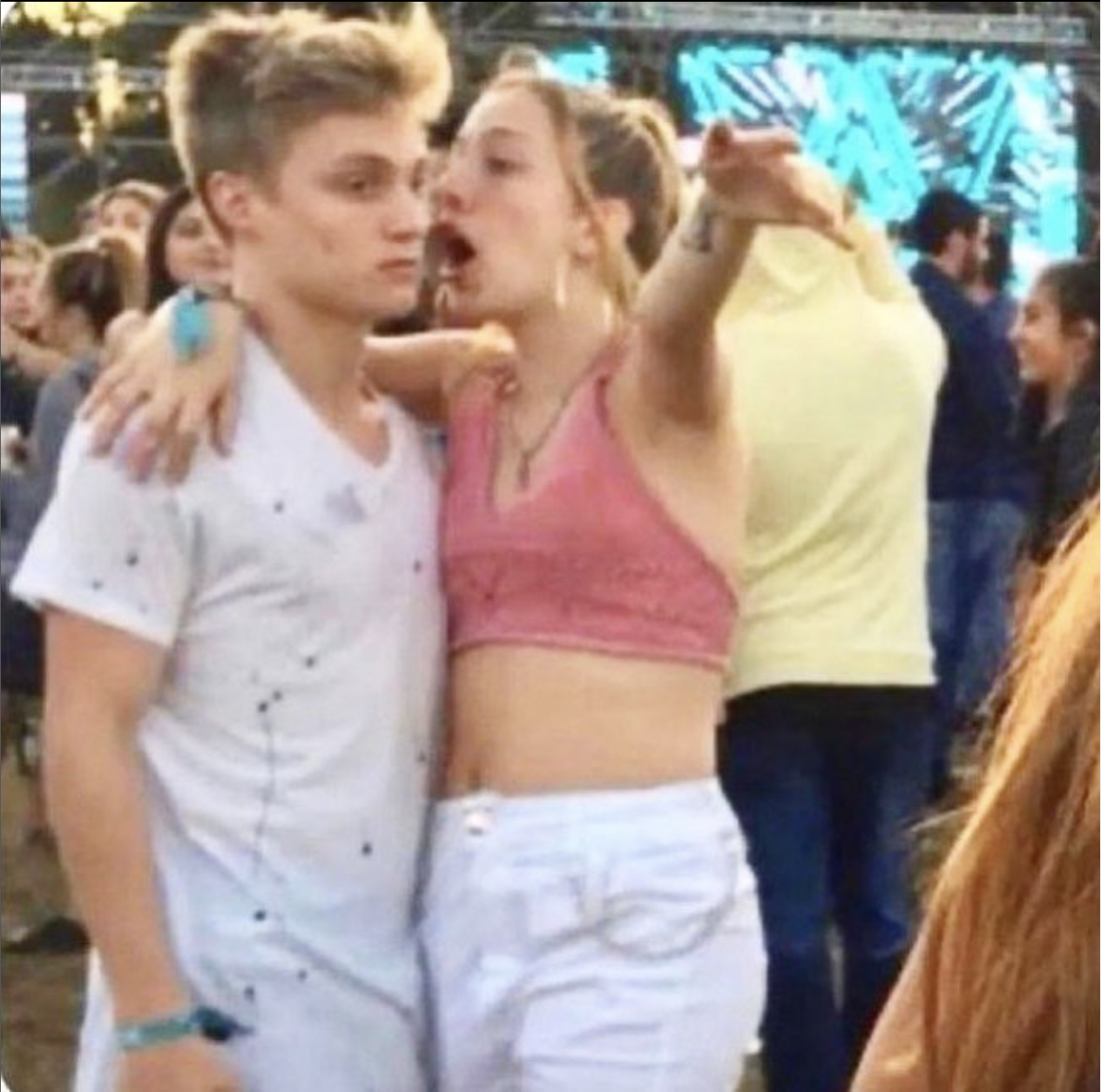 Our Screenshot of the Week is the “Girl Explaining” meme, used in posts such as Banana Phone and Turning Green’s. To use this meme format, caption the image with important information in uppercase. An example is KALW 91.7 FM Radio’s post, captioned “YOU SHOULD SUPPORT YOUR LOCAL PUBLIC RADIO STATION NOT ONLY BECAUSE LISTENER SUPPORT KEEPS JOURNALISM INDEPENDENT BUT ALSO BECAUSE COMMUNITY RADIO IS IMPORTANT FOR A CITY’S CULTURE, ARTS, AND MUSIC SCENE.” Your followers will be more excited than him to see this!